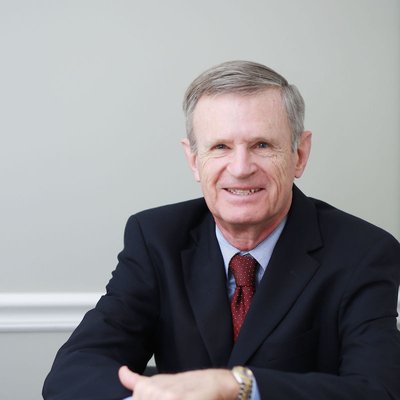 Mr. Worley has practiced law in North Carolina since 1971. After graduating from the University of North Carolina School of Law, he clerked for the North Carolina Court of Appeals. Afterward, he joined the law firm in Asheville which is now known as McGuire, Wood & Bissette, P.A. where he became a partner and remained so until 1987 when he accommodated the needs of a principal client and moved his office.

He left the firm to start his own practice. Since that time, he has focused his practice on estate planning and estate administration and commercial and residential real estate transactions, pioneering novel legal tools specifically for the timeshare resort industry. He represents banking institutions in drafting legal documents and reviewing problem files. He also practices extensively in corporate legal matters including limited liability companies, corporations, partnerships, and other business entities.

Mr. Worley's practice also focuses heavily on estate planning and administration, including the drafting of trusts, wills, powers of attorney and other family wealth planning documents. He works closely with financial planners and CPAs to assure that a client's plan takes into account the complete scope of the client's assets.

After serving his third term as a councilman on the Asheville City Council, he took the helm as Mayor of Asheville in December, 2001, serving until December 2005. He was Chairman of the Board of Bele Chere 2000, and served 8 years on the Board of Trustees of Western Carolina University, holding the positions of Secretary and Vice Chari during his tenure. He has also served as a member and Chair of the Asheville Alcoholic Beverage Control Board. He is former First Vice-President of the North Carolina League of Municipalities, the statewide organization of North Carolina cities and towns and currently serves as Vice President of the North Carolina League of Municipalities Foundation. Mr. Worley is a member of the Advisory Board of the Daniel Boone Council of the Boy Scouts and many other civic boards. He is an avid soccer player, runner and outdoorsman.

How can we can assist you today?